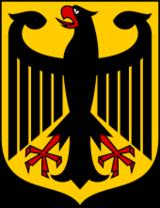 A significant reform to the nationality law was passed by the Bundestag (the German parliament) in 1999, and came into force on 1 January 2000. The new law makes it somewhat easier for foreigners resident in Germany on a long-term basis, and especially their German-born children, to acquire German citizenship.

The previous German nationality law dated from 1913. The amendments to the law under the Nazi regime were repealed by the Federal Republic of Germany (see the article on the Reich Citizenship Law).

Prussian law was the basis of the legal system of the German Empire. Prussia's nationality law can be traced back to the "Law Respecting the Acquisition and Loss of the Quality as a Prussian subject, and his Admission to Foreign Citizenship" of 31 December 1842, which introduced Jus sanguinis to the country. Until 1913, however, each German state had its own nationality laws, those of the southern ones (notably Bavaria) being quite liberal. In 1913, the Nationality Law of the German Empire and States (RuStAG) of 22 July 1913 standardized the law in all of the German Empire. It had been operational until the 1999 reforms.