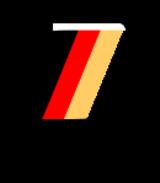 Description:
The German People's Union (, DVU) is a nationalist political party in Germany. It was founded by publisher Gerhard Frey as an informal association in 1971 and established as a party in 1987. Financially, it is largely dependent on Frey.

, the party has never reached the five-percent minimum in federal elections that is generally necessary to enter the Bundestag. The DVU has however gained seats in several state parliaments.

In 2004, the DVU entered a non-competition agreement with the far-right National Democratic Party (NPD) for the state elections in Brandenburg and Saxony. Both parties passed the five-percent threshold in their respective states. The DVU reached 6.1 percent in the Brandenburg state elections, and the NPD won 9.2 percent in the Saxony state elections. After this relatively successful election, the parties formed an electoral alliance for the 2005 federal elections. The joint NPD-DVU slate, which ran under the NPD's ballot line, won 1.6 percent of the total votes nationally. Also, recently, a merger of both parties was discussed. On January 27, 2011, Holocaust Memorial Day in Germany, the Landgericht Munich declared the merger null and void.