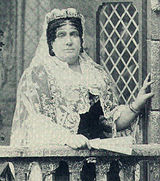 Description:
The Glorious Revolution (Spanish La Gloriosa) took place in Spain in 1868, resulting in the deposition of Queen Isabella II.

An 1866 rebellion led by General Juan Prim and a revolt of the sergeants at San Gil barracks, in Madrid, sent a signal to Spanish liberals and republicans that there was serious unrest with the state of affairs in Spain that could be harnessed if it were properly led. Liberals and republican exiles abroad made agreements at Ostend in 1866 and Brussels in 1867. These agreements laid the framework for a major uprising, this time not merely to replace the president of the government with a liberal, but to overthrow Isabella herself, whom Spanish liberals and republicans began to see as the source of Spain's inefficacy.

Her continual vacillation between liberal and conservative quarters had, by 1868, outraged the moderates, the progressives and the members of the Unión Liberal, and enabled a front that crossed party lines. Leopoldo O'Donnell's death in 1867 caused the Unión Liberal to unravel; many of its supporters, who had crossed party lines to create the party initially, joined the growing movement to overthrow Isabella in favor of a more effective regime.

The die was cast in September 1868, when naval forces under admiral Juan Bautista Topete mutinied in Cadiz – the same place that Rafael del Riego had launched his coup against Isabella's father a half-century before. Narváez deserted the queen, as did her chief minister, Luis González Bravo....
Read More