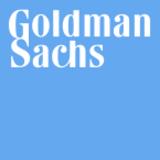 Goldman Sachs has historically invested capital in a variety of businesses alongside its investment banking clients. In the early and mid-1980s, Goldman was a slow entrant into the financing of leveraged buyouts and junk bonds and preferred to focus on its traditional mergers and acquisitions advisory business. Beginning in 1983, however, Goldman began making longer-term equity investments in private equity transactions that came through its investment banking and other clients.