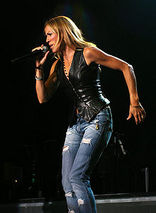 Description:
The Grammy Award for Best Rock Album is an award presented at the Grammy Awards, a ceremony that was established in 1958 and originally called the Gramophone Awards, to recording artists for quality albums in the rock music genre. Honors in several categories are presented at the ceremony annually by the National Academy of Recording Arts and Sciences of the United States to "honor artistic achievement, technical proficiency and overall excellence in the recording industry, without regard to album sales or chart position".

The award for Best Rock Album was first presented to the band The Rolling Stones in 1995, and the name of the category has remained unchanged since then. According to the category description guide for the 52nd Grammy Awards, the award is presented to "vocal or instrumental rock, hard rock or metal albums containing at least 51% playing time of newly recorded material". Since 1996, award recipients have often included the producers, engineers, and/or mixers associated with the nominated work in addition to the recording artists.

The band Foo Fighters holds the record for the most wins in this category, with three. Two-time winners include Sheryl Crow, Green Day, and U2. American artists have been presented with the award more than any other nationality, though it has been presented to musicians or groups from the United Kingdom three...
Read More