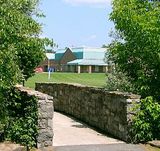 Description:
Greely (pop. 7,056 - 2005) is a quickly growing rural village in the southern end of Ottawa, formerly a part of the Township of Osgoode. It has been a part of the City of Ottawa since amalgamation in 2001. Greely is currently the largest rural village in terms of land area and the third largest in terms of population in the City of Ottawa. In 2005, its population was reported as 7,056, with 2,378 dwellings. Greely's rural atmosphere and its easy access to the City's urban areas have contributed to making it the fastest growing village in Ottawa over the last thirty years. It is encompassed by Bank Street and Mitch Owens roads on the north and east, and on the west by Manotick. It is in the parliamentary riding federally and provincially of Nepean-Carleton, and is represented on City Council by Doug Thompson, being in Osgoode Ward.

Greely is home to a set of tight-knit and unique communities throughout the village. Most homes sit on ½ acre to lots. Some developers, like , even offer condominium-like amenities such as pools, tennis courts, man-made lakes, beaches, and small neighbourhood community centres within their residential communities. The Greely Community Centre hosts meetings and activities for the entire rural town. Every year, they organize a Winter Carnival and a renowned Canada Day celebration.

Throughout the last eight years Greely has seen a 58.7% increase in the number of...
Read More