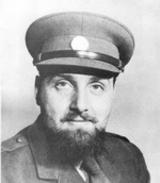 
Hasmonean High School is a voluntary aided, comprehensive school, for pupils aged 11 to 18 from Orthodox Jewish families, situated in the London Borough of Barnet.

The school comprises two sites, one for boys in the area of Hendon and one for girls in Mill Hill. The school has been awarded specialist Business and Enterprise College status. It is situated on the B551 (towards Mill Hill), north of the A1 in Holders Hill.

The school was set up by the late Rabbi Dr. Solomon Schonfeld in 1944 as Hasmonean Grammar School. Rabbi Dr. Schonfeld (1912-1984) rescued thousands of Jews from the Holocaust and pioneered Jewish day school education in England.<!-- Image with unknown copyright status removed: -->Dr. Schonfeld saw the need for an Orthodox Jewish school in North West London, which, despite having high numbers of Orthodox Jews, did not have a religious school to cater for them. Many Jews had reached Great Britain from different parts of Nazi-occupied Europe, most of them settling in London. Since Orthodox Judaism places great emphasis on the upbringing of children, the need subsequently arose for a school where the children could be educated in an Orthodox Jewish environment. Haredim discourage mingling of the sexes, especially when they are unmarried, so two separate schools needed to be set up, one for boys and one for girls.

The boys’ school became a voluntary aided Local Authority School in 1957. In September 1975, the girls moved to the...
Read More