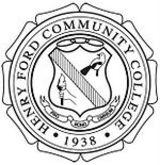 Description:
Henry Ford Community College (HFCC) is a public two-year college located in Dearborn, Michigan. The school, established in 1938, is accredited by North Central Association of Colleges and Schools and the Michigan Commission on College Accreditation. The school was originally named Fordson Junior College when it was established in 1938. Later the college was adopted as Dearborn Junior College in 1946, before adopting its current institution name in 1952, which was named after the Henry Ford Trade School which closed and its assets were transfered to the Dearborn School Board of Education.

HFCC offers Associate Degrees and certificate programs in a wide variety of liberal arts, science, fine arts, culinary arts and health science disciplines. The college also has a Center for Lifelong Learning which offers non-credit courses for personal enrichment or professional development. Other offerings include an Honors Program, a chapter of Phi Theta Kappa and the radio station WHFR 89.3 FM. It also holds discipline-specific accreditations for its many health science programs.

HFCC guarantees that credits earned at their institution will be fully accepted in transfer to four-year colleges. The college also guarantees to refund all tuition increases to any student who graduates within four years of starting a program.