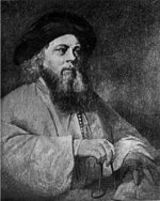 History Of The Jews In 18th-Century Poland

History of the Jews in 18th-century Poland

Accession of the Saxon dynasty

With the accession to the throne of the Saxon dynasty the Jews completely lost the support of the government. Although Augustus II the Strong (1697&ndash;1733), and August III Wettin (1733&ndash;1763) officially confirmed at their coronations the Jewish charters, such formal declarations were insufficient to guard the already limited rights of the Jews against the hostile elements, owing to the disorders prevailing in the kingdom. The government was anxious only to collect from the Kahals the taxes, which were constantly being made heavier despite the Jews having not yet recovered from the ruinous events of the Cossacks' uprising and the Swedish invasion. The Jews' plight was compounded by the fact that the Sejm, composed of nobility and Catholic clergy, blocked all attempts to levy taxes on nobility or clergy, thus only townsfolk and Jews were taxed.

The szlachta and the townsfolk were increasingly hostile to the Jews, as the religious tolerance that dominated the mentality of the previous generations of the Commonwealth citizens was slowly forgotten. In their intolerance, the citizens of the Commonwealth now approached the "standards" that dominated most of the contemporary European countries, and many Jews felt betrayed by the country they once viewed as their haven. In the larger cities, like Poznań and Kraków, quarrels between the Christian and Jewish inhabitants were...
Read More