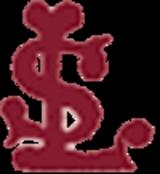 History Of The St. Louis Cardinals

History of the St. Louis Cardinals

Description:
The following is a history of Major League Baseball's St. Louis Cardinals.

The team was formed as part of the American Association in 1882 where they enjoyed great success under flamboyant owner Chris von der Ahe. Initially they were known as the "Brown Stockings", named for a previous professional team in the city, whose name was one of several "Stockings" teams inspired by the success of the Cincinnati Red Stockings. This new team's nickname was quickly shortened to "Browns". The Browns set up shot at Sportsman's Park. They won four American Association pennants in a row, 1885–88, and played in an early version of the World Series four times, twice against the National League's Chicago White Stockings (now the Cubs). The Series of 1885 ended in dispute and with no resolution. St. Louis won the 1886 Series outright, the only Series of that era that was won by the AA against the NL. The vigorous St. Louis-Chicago rivalry continues to this day.

During the mid-1880s, the National League also had a St. Louis entry, the Maroons, which had come in from the Union Association. The Maroons were by far the strongest entry in the UA, but they had the misfortune of arriving at the time when the Browns were in their glory. After the 1886 season, they...
Read More