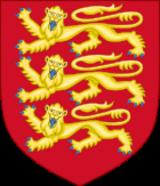 Description:
The House of Plantagenet ( ), a branch of the Angevins, was a royal house founded by Geoffrey V of Anjou, father of Henry II of England. Plantagenet kings first ruled the Kingdom of England in the 12th century. Their paternal ancestors originated in the French province of Gâtinais and gained the County of Anjou through marriage during the 11th century. The dynasty accumulated several other holdings, building the Angevin Empire which at its peak stretched from the Pyrenees to Ireland and the border with Scotland.

In total, fifteen Plantagenet monarchs, including those belonging to cadet branches, ruled England from 1154 until 1485. The senior branch ruled from Henry II of England until the deposition of Richard II of England in 1399. After that, a junior branch, the House of Lancaster, ruled for some fifty years, before clashing with another branch, the House of York, in a civil war known as the Wars of the Roses over control of England. After three ruling Lancastrian monarchs, the crown passed to three Yorkist monarchs, the last of whom, Richard III, was killed in battle during 1485. The legitimate male line went extinct with the execution of Richard's nephew, Edward, Earl of Warwick in 1499. However an illegitimate scion, Arthur Plantagenet, Viscount Lisle, was active at the court of Henry VIII of England. Several illegitimate lines persist, including the Dukes of Beaufort.

A distinctive English culture and art emerged during the Plantagenet era, encouraged by some of the...
Read More