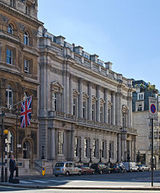 HSBC Private Bank, together with the private banking business of HSBC Trinkaus, known collectively as Global Private Banking, provides services to high net worth individuals and their families through 96 offices in some 43 countries and territories in Europe, the Americas, the Asia-Pacific region, the Middle East and Africa. At 31 December 2008, profits before tax were US$1,447 million and combined client assets under management were US$352 billion.