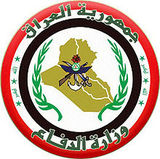 Description:
The Iraqi Army is the land component of the Iraqi military, active in various forms since being formed by the British during their mandate over the country after World War I.

Today, it is tasked with assuming responsibility for all Iraqi land-based military operations following the 2003 invasion of Iraq. The Army was rebuilt along U.S. lines with enormous amounts of United States Army assistance at every level. Because of the low-level ongoing Iraqi insurgency, as of 2006, the Iraqi Army was designed to be an objective counter-insurgency force for a period of time until the insurgency is diminished to a level that the police can handle. Thereafter, the Iraqi Army will undergo a modernisation plan which includes purchasing more heavy equipment.

The threat of war with newly forming Republic of Turkey, which claimed the Ottoman vilayet of Mosul as part of their country, led the British to form the Iraqi Army on 6 January 1921. The Mussa Al-Kadhum Brigade consisted of ex-Iraqi-Ottoman officers, whose barracks were located in Al Kazemiyah. The United Kingdom provided support and training to the Iraqi Army and the Iraqi Air Force through a small military mission based in Baghdad.