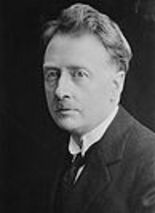 The second general election of 1927 was caused by the uncertain political arithmetic within Dáil Éireann. Only three votes separated the two largest parties, Cumann na nGaedheal and Fianna Fáil. It looked as if the government could collapse at any moment. When Fianna Fáil decided to enter the Dáil in August it gave its support to the Labour Party's motion of no confidence in the Cumann na nGaedheal government and to replace it with a Labour led coalition with Labour leader Thomas Johnson as President. The Labour Party was supported by Fianna Fáil and the National League Party. On the other hand the Cumann na nGaedheal government had the backing of the Farmers' Party and most of the Independent TD. When the vote was taken, John Jinks, a National League TD failed to attend. As a result the vote was a dead heat and the Ceann Comhairle voted with the government. The motion had failed.

W. T. Cosgrave realised that this situation could not continue and a general election was called in the hope of providing a clear result. The election was fought by a number of parties, each with their own different message. Cumann na nGaedheal was fighting the election on its record in government so far. Fianna...
Read More