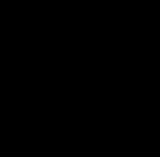 Description:
The Islamic Republican Party (حزب جمهوری اسلامی or IRP) was a political party in Iran, formed in mid-1979 to assist the Iranian Revolution and Ayatollah Khomeini establish theocracy in Iran. It was disbanded in May 1987 after its objectives had been achieved.

The party has been said to be distinguished by "its strong clerical component, its loyalty to Khomeini, its strong animosity to the liberal political movements, and its tendency to support the revolutionary organizations," such as the komiteh. Policies it supported included the state takeover of large capital enterprises, the establishment of an Islamic cultural and university system, and programs to assist the poor. Bakhash, Reign of the Ayatollahs, (1984), p.67

These revolutionary ayatollahs originally used the party to form a monopoly over the post revolutionary theocratic Iranian state.

Causes of its dissolution

In the late 1980s, factionalism in the IRP intensified, the major issues being the Iran-Iraq War, whether to open up to foreign countries or remain...
Read More