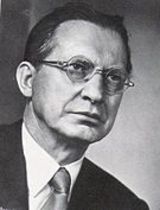 Description:
The Italian elections of 1948 were the second democratic elections with universal suffrage ever held in Italy, after the 1946 elections to the Constituent Assembly, responsible for drawing up and adopting the Italian Constitution. Election day for the first Parliament of Italian Republic was on 18 April 1948.

The elections were heavily influenced by the Cold War confrontation between the Soviet Union and the United States. After the Soviet-inspired February 1948 communist coup in Czechoslovakia, the US became alarmed about Soviet intentions and feared that, if the leftist coalition were to win the elections, the Soviet-funded Italian Communist Party (PCI) would draw Italy into the Soviet Union's sphere of influence. As the last month of the 1948 election campaign began, Time magazine pronounced the possible leftist victory to be "the brink of catastrophe".

The elections were won by a comfortable margin by the Christian Democracy, funded by the US Central Intelligence Agency (CIA), defeating the left-wing Popular Democratic Front of the PCI and the Italian Socialist Party (PSI). The Christian Democrats formed a government that excluded the Communists, who had been in government from June 1944 until May 1947.

The pure party-list proportional representation chosen two years before for the election of the Constituent Assembly, was definitely adopted for the Chamber of...
Read More