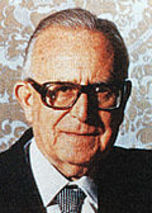 Democrazia Cristiana (DC) remained stable around 38% of the votes. They were marked by a victory of the Communist Party (PCI) passing from 25% of 1963 to c. 30% at the Senate, where it presented jointly with the new Italian Socialist Party of Proletarian Unity (PSIUP), which included members of Socialist Party (PSI) which disagreed the latter's alliance with DC. PSIUP gained c. 4.5% at the Chamber. The Socialist Party and the Democratic Socialist Party (PSDI) presented together as the Unified Socialist Party, but gained c. 15%, far less than the sum of what the two parties had obtained separatedly in 1963.

The pure party-list proportional representation had traditionally become the electoral system for the Chamber of Deputies. Italian provinces were united in 32 constituencies, each electing a group of candidates. At constituency level, seats were divided between open lists using the largest remainder method with Imperiali quota. Remaining votes and seats were transferred at national level, where they was divided using the Hare quota, and automatically distributed to best losers into the local lists.

For the Senate, 237 single-seat constituencies were established, even if the assembly had risen...
Read More