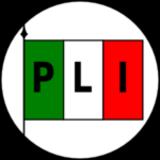 The origins of liberalism in Italy came from the so-called "Historical Right", a faction formed as a parliamentary group by Camillo Benso di Cavour in the Parliament of the Kingdom of Sardinia following the 1848 revolution. The Liberals were moderately conservative and supported centralized government, restricted suffrage, regressive taxation, and free trade; they dominated Italian politics following Italian unification in 1861 but never formed a party, basing their power on census suffrage and a first-past-the-post electoral system.

The Right was opposed by a more progressive faction, the "Historical Left" (using a green color instead of the blue of the Right), which overthrow Marco Minghetti's government during the so-called "Parliamentary Revolution" of 1876, which allowed the premiership of Agostino Depretis. However, Depretis immediately began to search the support of the Right MPs, which easily accepted to change their positions, in a situation of large corruption. This phenomenon (on a satirical newspaper, the Premier was depicted as a chameleon), called in Italian as trasformismo (roughly translated in English as "transformism"), cancelled the political differences in the Parliament, which was dominated by an undistinguished liberal bloc with a landslide majority until after World War I., Britannica...
Read More