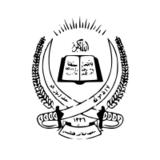 Description:
Jamiat-e Islami (also rendered as Jamiat-e-Islami, Jamiati Islami), is an Islamic political party in Afghanistan along the line of the Jamaat-e-Islami of Pakistan and Muslim Brotherhood of Egypt. Jamiat-e Islami means "Islamic society" in the Persian language and is also known as just Jamiat for short. Jamiat is the oldest Islamic political party in Afghanistan. It has a communitarian ideology based on Islamic law but is also considered moderately progressive. During the Soviet war in Afghanistan and the following civil war in Afghanistan, Jamiat-e Islami was one of the most powerful of the mujahideen groups. The majority of the party are ethnic Tajiks of northern and western Afghanistan.Former President of Afghanistan Burhanuddin Rabbani lead the party from 1968 to 2011.However his his actual power within the party has fluctuated.

Jamiat was one of the most popular and broadly spread party during Jihad with representations in every ethnic group. Although, primarily they were composed of Tajiks & Uzbeks but it had signifiant presence in Pashtun and other ethnic areas. Some of the prominent commanders of Jamiat included Ustad Zabihullah, Ahmad Shah Massoud Ismail Khan Atta Mohammad Noor, Mullah Naqib(Pashtun), Dr Fazlullah, Qazi Islamuddin (Uzbek) and etc.

In 1979 Ahmad Shah Massoud, who had joined Jamiat as a university student, organised a mujahideen group in the in Parwan Province to fight against the...
Read More