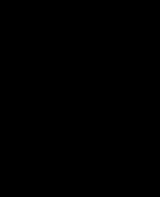 Description:
Jim Fitzpatrick is an Irish artist famous for Irish Celtic Art. Perhaps his most famous piece is his iconic two-tone portrait of Che Guevara created in 1968 and based on a photo by Alberto Korda.

In 1978, he wrote and lavishly illustrated a book called The Book of Conquests, the retelling of a cycle of Irish myths, the Lebor Gabála Érenn. The book retells the legends of the coming of the Tuatha dé Dannan to Ireland and their fight with the Fir Bolg, interrelated with a linear story via a series of exceptionally detailed illustrations matched with text of the deeds of might and valour contained in the myth. It is replete with intricate Celtic scrollwork and knotwork. This was followed up by The Silver Arm, which retells further portions of Irish myth, this time based on the deeds of Nuada of the Silver Arm and the deeds of Lugh in their fight with the Formor. This second book is drawn in a more sophisticated style, not so close to comic book style. A third volume, The Son of the Sun, is listed as 'in preparation' as of 2004, but the artist sometimes hints that some editorial conflict precluded its appearance. The artist mentions that the two former books were more ambitiously illustrated, but the projects were curtailed. Another book, 'Erinsaga', is a loose recompilation of his work, from early jobs to his most famous books and freelance illustrations, including 'the making of...' several projects.

He has also produced much artwork...
Read More