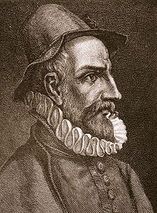 Fischart was born, probably, at Strasbourg (but according to some accounts at Mainz), in or about the year 1545, and was educated at Worms in the house of Kaspar Scheid, whom in the preface to his Eulenspiegel he mentions as his cousin and preceptor. He appears to have travelled in Italy, the Netherlands, France and England, and on his return to have taken the degree of doctor juris at Basel.

Most of his works were written from 1575 to 1581. During this period, he lived with, and was probably associated in the business of, his sister's husband, Bernhard Jobin, a printer at Strasbourg who published many of his books. In 1581 Fischart was attached as advocate to the Reichskammergericht (imperial court of appeal) at Speyer. In 1583, he married and was appointed Amtmann (magistrate) at Forbach near Saarbrücken. He died there in the winter of 1590-1591.

Thirty years after Fischart's death, his writings, once so popular, were almost entirely forgotten. Recalled to the public attention by Johann Jakob Bodmer and Gotthold Ephraim Lessing, it was only around the end of the 1800s that his works came to be a subject of academic investigation, and his position in German literature to be fully understood.

Fischart studied not only ancient literature, but also the literature of Italy, France, the Netherlands and England. He was a lawyer, a theologian, a satirist and the most powerful...
Read More