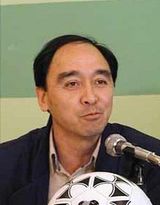 Kwok graduated from St. Francis Xavier's College where he played in the school basketball and table tennis team. He joined the Hong Kong Football Association junior training course in 1965. Kwok Ka Ming joined Hong Kong first division team Hong Kong Rangers at the age of 18. He played at the right side of midfield for both Rangers and Hong Kong in the 1970s. He retired from playing in 1980, when he was just 30 years old.

He was award the "10 Outstanding Youths of Hong Kong" award in 1977 for his contribution to Hong Kong soccer, along with famed Hong Kong movie director Michael Hui.

Kwok later became the coach of the Hong Kong soccer team, his and the team's finest hour was definitely the famous upset victory against China by 2-1 at the Workers Stadium in Beijing, China on May 19, 1985, during a 1986 FIFA World Cup qualifying game.

Although the two teams drew 0-0 in their first match in Hong Kong, China was considered to be stronger and was the clear favourite to win the group. Due to superior goal difference, China only needed a draw to proceed to the next round. However, a stunning 20 yard freekick by Cheung Chi Tak (張志德) opened the scoring. China replied with Tang Xiaodong (唐曉東)'s goal but another well taken goal by Ku Kam Fai (顧錦輝) sealed the win...
Read More