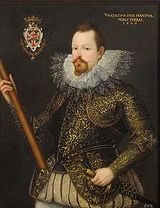 Description:
L'incoronazione di Poppea (SV 308, The Coronation of Poppea) is an Italian baroque opera comprising a prologue and three acts, first performed in Venice during the 1642–43 carnival season. The music, attributed to Claudio Monteverdi, is a setting of a libretto by Giovanni Francesco Busenello. One of the first operas to use historical events and people rather than classical mythology, it adapts incidents from the writings of Tacitus, Suetonius and others to recount how Poppea, mistress of the Roman emperor Nerone (Nero), is able to achieve her ambition and be crowned empress. The opera was revived in Naples in 1651, but was then neglected until the rediscovery of the score in 1888, after which it became the subject of scholarly attention in the late 19th and early 20th centuries. Since the 1960s, the opera has been performed and recorded many times.

The original manuscript of the score does not exist; two surviving copies from the 1650s show significant divergences from each other, and each differs to some extent from the libretto. How much of the music is actually Monteverdi's, and how much the product of others, is a matter of dispute. None of the existing versions of the libretto, printed or manuscript, can be definitively tied to the first performance at the Teatro Santi Giovanni e Paolo, the precise date of which is unknown. Details of the original cast are few, and largely speculative, and there is no record of the opera's initial public reception. Despite these...
Read More