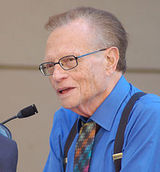 Description:
Lafayette High School is a large secondary school located in the Bath Beach section of Brooklyn, New York City, New York . It is currently one of the low performing high schools of the city and is operated by the New York City Department of Education.

Lafayette High School is situated in what was formerly the town of Gravesend. All the towns in Kings County were settled by the Dutch with the exception of Gravesend, which was first settled by a colony of English people under the leadership of Lady Deborah Moody, a woman of considerable wealth and education, who took a prominent part in public affairs, and whose home was on Neck Road. According to the New York City Ward Map of Kings County in 1899, the school is located on the former property of John Carter. This map reveals a frame house with stables on the site of the building. The land was originally swampy, sandy soil covering about .

Lafayette High School, the first building of its type, was designed to accommodate about 4,000 pupils. The cost of the site was $211,350 while the building itself necessitated an outlay of $2,820,000. There are two other high schools in the city, which are duplicates of this type – Christopher Columbus and William Cullen Bryant. Dr. Frederick William Oswald was asked to assume the principalship of the new school. As the new building was not ready, the school had to meet in three annexes. These annexes were P.S. 180, with Mr. Joseph Grady in charge, assisted by Mr. Freilich and Mr....
Read More