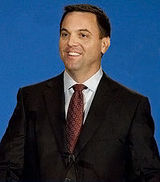 Leader Of The Opposition (Ontario)

Leader of the Opposition (Ontario)

Ontario's first Leader of the Opposition was Edward Blake of the Ontario Liberal Party who held the position from 1869 until 1871 when he became Premier of Ontario (Archibald McKellar had previously led the Liberal Party in the legislature for two years, but was not formally recognized as opposition leader).

<sup>1</sup>The Liberals were recognized as the Official Opposition following the 1923 election by the governing Conservatives, despite the fact that the United Farmers of Ontario had more seats. According to historian Peter Oliver, this was an arbitrary decision without basis in precedent or law. Conservative Premier G. Howard Ferguson used as justification an announcement by UFO general secretary James J. Morrison that the UFO would be withdrawing from party politics, though Oliver argues that this was facetious logic. UFO parliamentary leader Manning Doherty protested the decision, but to no avail. (source: Peter Oliver, G. Howard Ferguson: Ontario Tory, (Toronto: University of Toronto Press, 1977), p. 158.