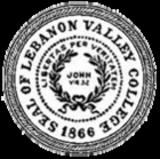 Description:
Lebanon Valley College (also referred to as "LVC", "Lebanon Valley" and "The Valley") is a small, liberal arts higher education institution situated in the heart of Annville in Lebanon County, east of Harrisburg, Pennsylvania.

Lebanon Valley was founded on February 23, 1866, with classes beginning May 7 of that year and its first class graduating in 1870. Expenses at this time for a full year were $206.50 and remained relatively unchanged for the next 50 years.

The campus began as a single building, the empty Annville Academy building, which was purchased for $4500 by five Annville citizens. They presented the building as a...
Read More