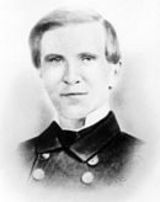 In the modern setup the lieutenant governor is elected on the same party ticket as the gubernatorial candidate. Although gubernatorial candidates are not required to have a running mate for the party primary elections, the state constitution requires a "joint candidacy" for the general election. Statewide elections for governor, lieutenant governor and the state cabinet take place every four years.

Once elected, the lieutenant governor is first in the line of succession, serving upon vacancy in the office of governor. The position of Lieutenant Governor of Florida was restored with the 1968 revision of the Florida state constitution (See Article IV, Section 2). Prior to 1968, the president of the state senate was first in the...
Read More