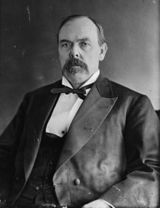 Description:
The Lieutenant Governor of Indiana is a constitutional office in the US State of Indiana. Republican Becky Skillman, whose term expires in January 2013, is the incumbent. The office holder's constitutional roles are to serve as President of the Indiana Senate, become acting governor during the incapacity of the governor, and became governor should the incumbent governor resign, die in office, or be impeached. Lieutenant governors have succeeded ten governors following their deaths or resignations. The lieutenant governor holds statutory positions, serving as the head of the state agricultural and rural affairs bureaus, and as the chairman of several state committees. The annual salary of the lieutenant governor of Indiana is $76,000.

The lieutenant governor is elected on the same election ticket as the Governor in a statewide election held every four years, concurrent with United States presidential elections. Should a lieutenant governor die while in office, resign, or succeed to the governorship, the constitution specifies no mechanism by which to fill the vacated gubernatorial lieutenancy. Historically, the position has generally remained vacant during such events. The last attempt to fill such a vacancy in 1887 led to the outbreak of violence in the state legislature known as the Black Day of the General Assembly.

The position of lieutenant governor was created with the adoption of the first Constitution of Indiana in August 1816. The position was filled by...
Read More