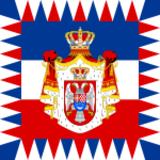 Description:
This is a List of Heads of State of Yugoslavia from the creation of the Kingdom of Serbs, Croats and Slovenes in 1918 until the end of the Socialist Federal Republic of Yugoslavia in 1992.

The Kingdom of Yugoslavia was a monarchy ruled by the House of Karađorđević from 1918 up until World War II. The SFR Yugoslavia was headed first by Ivan Ribar, the President of the Presidency of the People's Assembly (president of the parliament), and then by President Josip Broz Tito until his death in 1980, when the a collective federal presidency rotated the presidency among the republic representatives. With the reforms in 1990, individual republics elected their own heads of state, but the country's head of state continued to rotate among appointed representatives of the republics until the county's dissolution.

After the German invasion and fragmentation of the Kingdom of Yugoslavia, partisans formed the Anti-Fascist Council of National Liberation of Yugoslavia (AVNOJ) in 1942. On 29 November 1943 a AVNOJ...
Read More