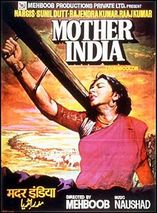 Description:
<!-- Image with inadequate rationale removed: -->India has submitted films for the Academy Award for Best Foreign Language Film since 1957, the second appearance of the regular Foreign Oscar award. The award is handed out annually by the United States Academy of Motion Picture Arts and Sciences to a feature-length motion picture produced outside the United States that contains primarily non-English dialogue. It was created for the 1956 Academy Awards, in which a competitive Academy Award of Merit, known as the Best Foreign Language Film Award, was created for non-English speaking films, and has been given annually since.

India has sent over forty films to the competition, more than almost any other country and second only to Japan outside of Europe. Since 1984, they have missed out on only a single year, when they controversially chose not to send a film in 2003. As of 2010, only three Indian films have been nominees for Academy Award for Best Foreign Language Film, and no Indian film has won the award.

Tamil Actor Kamal Haasan has represented India in the competition for seven times as an actor, one of which was directed by himself. The next being famed Bengali director Satyajit Ray, who has represented India three times - more than any other director. None of their films were nominated for an Oscar.

Most of...
Read More