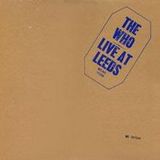 Description:
A live album is a recording consisting of material (usually music) recorded during stage performances using remote recording techniques, commonly contrasted with a studio album. Live albums may be recorded at a single concert, or combine recordings made at multiple concerts.

Live albums usually have a less "finished" character than a studio album, and are intended to reproduce some of the experience of attending a concert performance. As such, they may include applause and other noise from the audience, comments by the performers between pieces and so on. They often employ multitrack recording direct from the stage sound system (rather than microphones placed among the audience), and can employ additional manipulation and effects during post-production to enhance the quality of the recording. Live albums also sometimes contain an unreleased or never-before-heard studio track.

Live recordings of classical music can be similar to non-classical albums in the sense that they can record an event (e.g. The Proms, Vienna New Year's Concert). However, many artists prefer to record live rather than in the studio, with post-performance edits to correct any mistakes. Hence many 'live recordings' can be virtually indistinguishable from studio counterparts. Depending on the closeness of the miking, such recordings may have a stronger ambient effect than studio performances. The conductor Leonard Bernstein made virtually all of his later recordings from live...
Read More