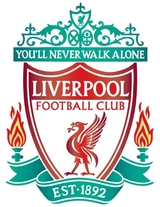 says "I just want Liverpool to do well, whether it's Rafa there or someone else there I don't really mind. First and foremost Liverpool is Liverpool and I think we deserve to be top of the table every year."

Liverpool have maintained their status as a domestic and European force since the Premier League began in 1992, rarely finishing outside the top positions. The club have won seven major trophies since then, including the Champions League, Uefa Cup, two FA Cups and three League Cups.
Indeed, 2001 saw the Reds claim an unprecedented League Cup, FA Cup and Uefa Cup treble. Having won more domestic and European trophies than any other English club, Liverpool's status as giants of the domestic game
No messages found
Suggested Pages