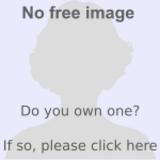 In 2004 she was part of the cast of the reality show La Fattoria, the Italian version of The Farm . With her twin Raffaella, she appeared as a dancer in shows such as Domenica In and I Raccomandati.

In 2005-2006, she released her first music single "Si vive una volta sola" published by BMG Records. This single was also released in Spain. In 2005 she divorced from Albano Carrisi, on the reality show "L'isola dei famosi" on which they were contestants (causing the withdrawal from the game of the singer), the Italian version of Celebrity Survivor. In 2010 Lecciso again was one the contestants of the same reality show.

As singer she recorded three singles: