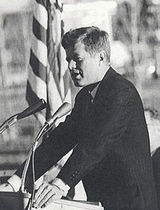 Description:
Los Alamos High School, often called LAHS, is the public high school in Los Alamos, New Mexico, USA. The school opened in 1946, and was originally supported by the Atomic Energy Commission. It has been academically recognized by Newsweek, U.S. News & World Report, and the New Mexico Public Education Department. The school has been visited by two U.S. Presidents: John F. Kennedy and Bill Clinton. LAHS currently competes in the New Mexico Activities Association's District 2, AAAA division for athletics, and has won 85 state championships in the school's history.

Los Alamos High School was the second high school built in Los Alamos. Prior to the Second World War, the Los Alamos Ranch School functioned as a boarding school for wealthy easterners that combined elements of a college preparatory school with a rugged frontier life. In 1942 Los Alamos was chosen to be the site of the Manhattan Project. The US Government acquired the property of the Ranch School through eminent domain, and the school was shut down in 1943.

During wartime, structures in Los Alamos were temporary because people were expecting to leave after the wartime project was completed. In August 1945, following the Allied victory in Japan, it was decided the Los Alamos National Laboratory's nuclear research would continue in order to counter a rising Soviet threat. In 1946 Los Alamos begin erecting permanent structures, including Los Alamos High School. Life during the war and post-war transition was...
Read More