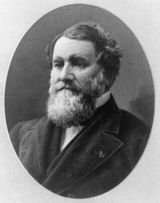 Description:
McCormick Theological Seminary is one of eleven schools of theology of the Presbyterian Church . It shares a campus with the Lutheran School of Theology at Chicago, bordering the campus of the University of Chicago in Chicago, Illinois. Primarily a seminary serving the Presbytery of Chicago and the Synod of Lincoln Trails, McCormick Theological Seminary also educates members of other Christian denominations.

Hanover Seminary was established in 1829 as a preparatory school in Hanover, Indiana for prospective Presbyterian minister hoping to serve on the western frontier of the expanding United States. After about ten years, the seminary moved a short distance to New Albany, Indiana where it became the New Albany Theological Seminary. When the western frontier boundary moved, the school also moved and opened in Chicago's present-day Lincoln Park neighborhood in 1859 where the school was first known as the Theological Seminary of the Northwest. Their old campus now forms a part of the DePaul University campus on Fullerton Avenue between Halsted and Racine Streets. It was named in 1886 after American industrialist Cyrus McCormick (1809–1884), who had served as a member of the seminary's board of trustees.

In 1969, the Young Lords and 350 local community residents led by Jose Cha Cha Jimenez and aided by seminary students, sat in at the seminary's administration building and held it for a week, demanding $650,000 to be invested in low income...
Read More