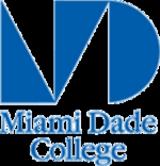 Miami Dade College was established in 1959 and opened in 1960 as Dade County Junior College. The original campus was located at the recently built Miami Central High School. The campus consisted of a portion of the school and an adjacent farm. In 1960, a facility was built on an old naval air station near Opa-Locka Airport (known as Amelia Earhardt field), which would soon become the College's North Campus. The College enrolled African American students and Cuban exiles who could not afford other schools, becoming Florida's first integrated junior college. As the college grew, a temporary satellite campus opened in what is today Pinecrest at Miami Palmetto High School until the new South Campus (later Kendall Campus) was built...
Read More