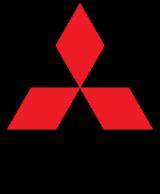 Description:
Mitsubishi Motors Australia Limited (MMAL) is a fully owned subsidiary of parent company Mitsubishi Motors Corporation of Japan. Its Australian administrative headquarters are located at Tonsley Park (Clovelly Park, South Australia), with branch offices in Brisbane, Sydney, Melbourne and Perth. The company was established in 1980 and began vehicle manufacturing in that year, having taken over the facilities of Chrysler Australia. Australian production ceased in 2008 and since that time the company has been exclusively a vehicle importer. MMAL operates spare parts facilities in Adelaide and Sydney.

Construction of the vehicle assembly plant at Tonsley Park was commenced by the then owners, Chrysler Australia, in 1963. The assembly plant was opened in October 1964, with Chrysler's previous plant at Keswick then shut down and sold to a furniture retailer.

In 1968, Chrysler opened an engine manufacturing plant south of Adelaide at Lonsdale, to provide engines for the popular Chrysler Valiant models that were being produced at their Tonsley Park facility.

After the acquisition by parent company Chrysler of a 15&nbsp;percent interest in Mitsubishi Motors Corporation in 1971, Chrysler Australia began building Mitsubishi-designed Chrysler-branded vehicles, namely the Chrysler Valiant Galant (later Chrysler Galant), based on the 1972–1977 Mitsubishi Galant and the Chrysler Sigma, a variant of the 1977–1985 Mitsubishi Galant. In...
Read More