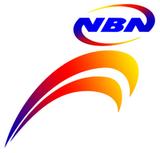 The country's government television network began operations in 1974 as Government Television . It was renamed Maharlika Broadcasting System in 1980 followed by switching into color TV and following the People Power Revolution in 1986, became People's Television (PTV) noted for its 4 logos from 1986 to 1987 and from 1987 to 1995.

Shortly after he took over the mantle of government in June 1992, President Fidel V. Ramos appointed PTV Network's first board of directors. The Network was given a one-time equity funding for capital outlay. Since 1992, PTV has been operating on revenues it generates on its own. Republic Act 7306 stipulates that the government shall not appropriate funds for the operations of the Network.

PTNI is on full satellite transmission nationwide since 1992 using PALAPA C2. Its flagship station PTV-4, which is based in Quezon City, boasts of a 40-kilowatt brand-new transmitter sitting on a tower. With its 32 provincial stations across the country, the...
Read More