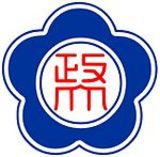 Description:
National Chengchi University (; abbreviated NCCU) is a prestigious public university at Muzha in Wenshan District, Taipei City, Taiwan. It is well-known for its concentration on the social sciences, commerce, communication, liberal arts and for its MBA programs.

The National Chengchi University was established in 1927 in Nanjing, China as the Kuomintang's Central Party Affairs School. In 1929, it changed its name to Central Political School, after the "Northern Expedition" victory of the Nationalists in mainland China. In 1946, the National Chengchi University was formally founded, signifying the end of the Second Sino-Japanese War. When the Kuomintang lost control of mainland China in 1949, the university's activities were halted. The university opened once again in Taipei in 1954 to meet the growing demands of tertiary education in Taiwan. At first, it was exclusively for graduates, but in 1955, undergraduate programs were created. In 1964, Yang Bi-li (楊必立) initiated the earliest Chinese MBA education.

NCCU is at the foot of Chi-nan Mountain in the south of Taipei City.

Apart from the Mu-cha site, NCCU has established two branch campuses in urban Taipei: on Jing-hua Street and the on Wan-shou Road.

There are a total of 15167 students, with 9,052 completing an undergraduate course. The remaining student population includes master students, Ph.D candidates and...
Read More