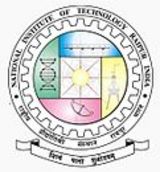 Description:
The National Institute of Technology Raipur (NIT Raipur) is a technical institution funded by the Government of India, located in Raipur, Chhattisgarh. Founded in 1956 as Govt. College of Mining & Metallurgy with two engineering disciplines, mining and metallurgy, the institute is one of the oldest of its kind in India. Currently it is one of the 20 National Institutes of Technology, which have been accorded Institute of National Importance status by the NIT Act of the Indian Government.

The institute offers 2 undergraduate (B.Tech. and B.Arch.) and 2 post graduate programmes M.Tech. and M.C.A. in 11 engineering disciplines and architecture.

The first President of India, Rajendra Prasad laid the foundation stone of the college building on 14 September 1956. Construction was completed in 1962 and the college was inaugurated on 14 March 1963 by the first Prime Minister of India, Jawaharlal Nehru.

Until as late as 1956, there were only three technical institutes in the country devoted to mining and metallurgical engineering. In view of this fact and also with the aim of harnessing the ample mineral resources in the region, the institute was set up on 1 May 1956 as Government College of Mining and Metallurgy. The first session of the college commenced on 1 July 1956 with the admission of 15 students each in mining and metallurgical engineering.

In 1958-59 with the commencement of additional courses in civil, mechanical and electrical engineering, the college came to...
Read More