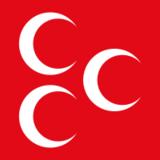 In 1965, nationalist politician Alparslan Türkeş gained control of the conservative rural Republican Villagers National Party (, CKMP). During an Extraordinary Great Congress held at Adana in Turkey on 8–9 February 1969, Türkeş changed the name of the party to the Nationalist Movement Party (MHP).

The MHP embraced Turkish nationalism, and under the leadership of Türkeş, militias connected to the party were responsible for assassinating numerous left-wing intellectuals and academics, including some Kurds, during the 1970s. The leader of the party's youth wing, known as the Grey Wolves after Turkic mythology, claimed that they had an intelligence organization that was superior to the state's own. Quoted in...
Read More