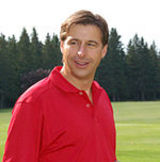 The campaign came earlier than expected: the incumbent Premier of New Brunswick, Bernard Lord, had pledged a vote would be held on October 15, 2007 but when the ruling Progressive Conservatives faced a loss of its majority in the legislature, Lord said he did not want to face a minority government and, moreover, feared that a by-election could tip the balance of power to the opposition Liberals.

Unusually, the Liberals won 17 of the 36 predominantly anglophone ridings, their best showing in a competitive election in English New Brunswick since the 1944 election. The Conservatives conversely did better than they have ever done while losing an election among Francophone ridings.

Following the report of the Commission on Legislative Democracy in December 2004, which recommended fixed election dates beginning on October 15, 2007, Premier Bernard Lord pledged to introduce legislation fixing election dates, beginning on that date. Due...
Read More