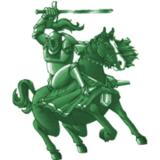 The New Milford High School Knights compete in the North Jersey Interscholastic Conference (NJIC), made up of private and public high schools located in Bergen County, Passaic County and Hudson County. Prior to realignment that took effect in the fall of 2010, New Milford was a member of the Bergen County Scholastic League (BCSL) in the Olympic Division. The Knights...
Read More