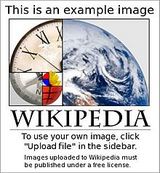 Description:
The New Zealand national rugby league team has represented New Zealand in rugby league football since intercontinental competition began for the sport in 1907. Administered by the New Zealand Rugby League, they are commonly known as the Kiwis, after the native bird of that name. The team's colours are black with white and the players perform a haka before every match they play as a challenge to their opponents. The New Zealand Kiwis are the current World Cup-holders and Four Nations champions, and have unseated arch rivals Australia from their position as the dominant national rugby league team. Since the 1990s players for the team have been largely sourced from clubs in Australasia's National Rugby League with the occasional player from Europe's Super League. Before that players were sourced mostly from clubs in domestic New Zealand leagues.

The team first played in a 1907 professional rugby tour which pre-dated the birth of rugby league football in the Southern Hemisphere, making it the second oldest national side after England. Since then the Kiwis have regularly competed in international competition, touring Europe and Australia throughout the 20th century. New Zealand have competed in every Rugby League World Cup since the first in 1954, reaching the final of the past three tournaments. In 2008 New Zealand made history by winning the World Cup for the first time. They also contest the Baskerville Shield against Great Britain, and play an annual ANZAC Test against...
Read More