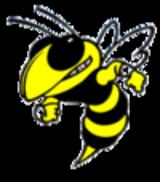 Description:
Newark High School is a public high school in Newark, Delaware and is one of three high schools within the Christina School District. It is also one of the oldest educational institutions in the state, graduating its first class of students in 1893. In 2009 it saw its 20,000th student graduate. Newark is the only remaining "downtown" non-charter public High School in New Castle County.

Newark has been named by Newsweek magazine as one of their "Top Schools in America." In 2006 Newark was #521, This list represents the top 5% of the schools in the nation based on AP, IB, and Cambridge exams taken divided by students graduating. The school was also named a GRAMMY Signature School in 2010 by the for its outstanding commitment to music education. In addition, Newark has also won the DIAA Sportsmanship Award in 2003, 2004, 2005, and 2006.

The first incarnation of what became Newark High School was located on 83 East Main Street in downtown Newark. The building itself belonged to the Unified School District and was erected by the town in 1884 at the cost of $10,000. When it was built, students wishing to pursue an education past the eighth grade would have had to move to nearby Wilmington, Delaware or attend private schools, like the nearby Newark...
Read More