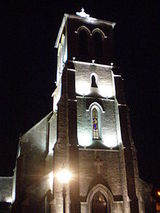 The Irish language name of the town is the official name, "An Droichead Nua", meaning simply "The New Bridge" and was introduced in the 1930s. Noble and Keenan's map of Kildare 1752, drawn before the town was started, marks 'The New Bridge'.

Settlement in the area dates from the 13th century (with the foundation of Great Connell Abbey in 1202) and the current town is made up of six ancient parishes and portions of others. The parishes are Ballymany, Great Connell, Killashee, Morristown Billar, Old Connell, and Carnalway.

Great Connell Priory was an important Priory, founded in 1202 by the Augustinian Canons. This and other sites are a reminder that Newbridge was an early Christian settlement.

Beginning of the modern town

The earliest known mention of Newbridge was by traveller and bookseller John Dunton in 1698, though he does not refer to any settlement other than at Ballymany.A mass house (Roman Catholic Chapel) was built beside the bridge about 1730 and an Inn, called New Bridge Inn, was in existence in 1750. The first bridge wasdestroyed by floods in 1789 and William Chapman, engineer on the Grand Canal extension to Naas, was employed to...
Read More