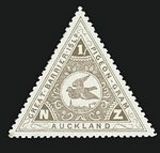 Description:
Newton is a small suburb of Auckland City, New Zealand, under the local governance of the Auckland City Council. It had a population of 837 in the 2001 census.

Since the construction of the Central Motorway Junction in 1965–75, Newton has been divided into two parts, and as a result, lost much of its size and coherence. The northern part is centred on Karangahape Road, and the southern part on Newton Road. Both Karangahape and Newton Roads intersect with Symonds Street to the east. Newton Road joins the Great North/Ponsonby and Karangahape Road intersection to the west.

Historically, the suburb did not always have a good reputation. A 1920s newspaper described it as a "haunt of many of Auckland's best-known crooks".

Symonds Street is named after Captain William Cornwallis Symonds (1810–41), an officer of the 96th Regiment of Foot of the British Army. He came to New Zealand in the early 1830s as agent of the Waitemata and Manukau Land Company and was instrumental in the founding of Auckland and the signing of the Treaty of Waitangi. He was one of Governor William Hobson's closest and most effective officials and was one of the first six Police Magistrates in New...
Read More