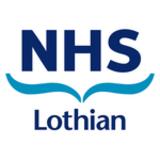 Description:
NHS Lothian is one of the fourteen regions of NHS Scotland. It provides healthcare services in the City of Edinburgh, East Lothian, Mid Lothian and West Lothian areas. Its headquarters are at Waverley Gate, Edinburgh

NHS Lothian headquarters are based at Waverley Gate a brand new office development in the centre of edinburgh. They moved there in September 2010 from there old Headquarters at Deaconess House which was formerly the Deaconess Hospital.