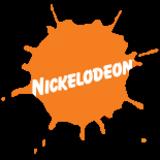 Description:
Nickelodeon UK is a children's television channel available on Sky, Virgin Media, TalkTalk TV and UPC Ireland in the United Kingdom and Ireland. The channel was launched on 1 September 1993. Although one of the oldest children's channels in the United Kingdom, it was not the first (the oldest, The Children's Channel, which started in 1984, is now defunct).

Launched on 1 September 1993, encrypted as part of British Sky Broadcasting's Sky Multichannels package and airing from 7 a.m. – 7 p.m. each day, Nickelodeon showed both cartoons and live action series. The channel originally had a transponder to itself on the Astra satellite, and whilst off-air would show test cards (which usually had schedule information) or pages from NickText, the channel's teletext service since early-1995. On cable, it was up to the operator which channel it would timeshare with, which was dangerous whenever Nickelodeon extended its hours. The channel timeshared with the Paramount Channel (later Paramount Comedy Channel, now Comedy Central) after its launch in 1995. The channels are separate on the digital satellite and digital cable platforms, though still share on some analogue cable services.There were no live presenters from the channel's launch, but eventually Nick Alive! was introduced, which featured live links between shows, often consisting of just a single presenter and the invitation for viewers to take part in phone-ins. With time, these live links were moved to bigger...
Read More