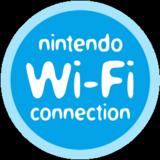 Description:
The (commonly abbreviated WFC) (stylized as nintendo Wi-Fi connection) is an online multiplayer gaming service run by Nintendo to provide free online play in compatible Nintendo DS and Wii games. The service are mix with the company's Wii Shop Channel and DSi Shop game download services. It also runs features for the Nintendo Wii, Nintendo DS, and Nintendo 3DS systems. Games designed to take advantage of Nintendo Wi-Fi Connection offer Internet play integrated into the game. Nintendo emphasizes the simplicity and speed of starting an online game when promoting its service. For example, in Mario Kart DS, an online game is initiated by selecting the online multiplayer option from the main menu, then choosing whether to play with friends, or to play with other gamers (either in the local region or worldwide) at about the same skill level. After a selection is made, the game starts searching for an available player.

Each game that uses the Nintendo...
Read More